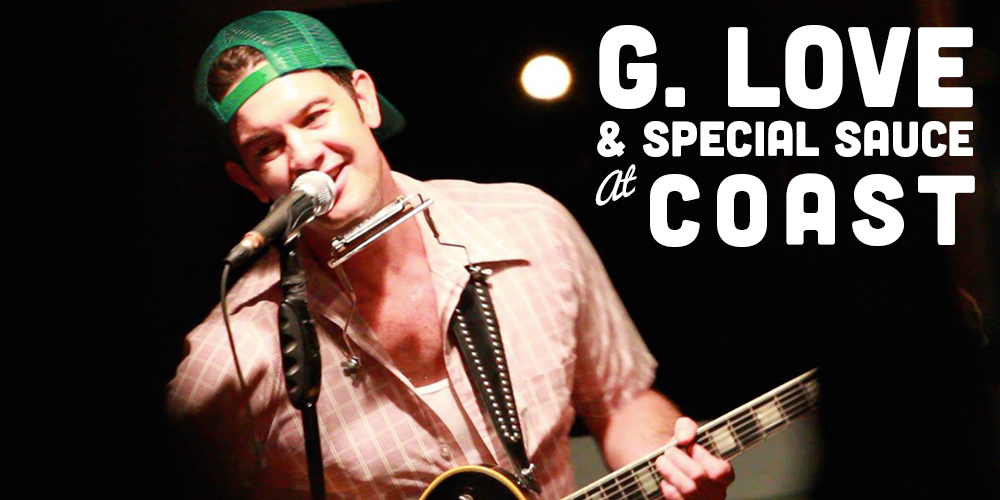 May 10, 2017
It was Friday Night and Everything was Alright…

We’re not even sure where to begin, because it was just a totally rad evening from start to finish, but in looking back at Friday’s G. Love & Special Sauce concert out here at COAST, a few things are worth noting…

1.) When the band and crew showed up in that 70 foot tour bus to our ragged tin shed on Stock Island, nobody inside knew what was going on. I’m not sure they’d played anything like this in 20 years. But soon enough they were walking around, checking out the place—smiling and laughing—and were stoked to be playing their first show ever in Key West.
2.) The Skank killed the opening and truly set the tone for the rest of the night.
3.) Forty-five people rode bikes to the show—so damn cool!
4.) Dozens and dozens of others took cabs or the free shuttle—that helped sooo much!
5.) The sheriffs showed up once to see what was going on and were ridiuclously cool and helpful. Said if we needed help with the next one to just give them a call!
6.) G. Love & Special Sauce hit the stage at 9:30pm and rocked it from start to finish.
7.) G. Love hopped into the crowd during a song and played right there amongst everyone!
8.) I got a text from the manager at 11:15pm wondering if it would be okay if they kept playing. They played until almost midnight!
9.) People that have seen them play for years remarked that this was a way longer set than they had ever seen.
10.) Everyone involved—from staff, sponsors, bands, concert-goers, authorities, and neighbors—were so incredibly cool

And for that we thank you!

Guess that means we should do it again…