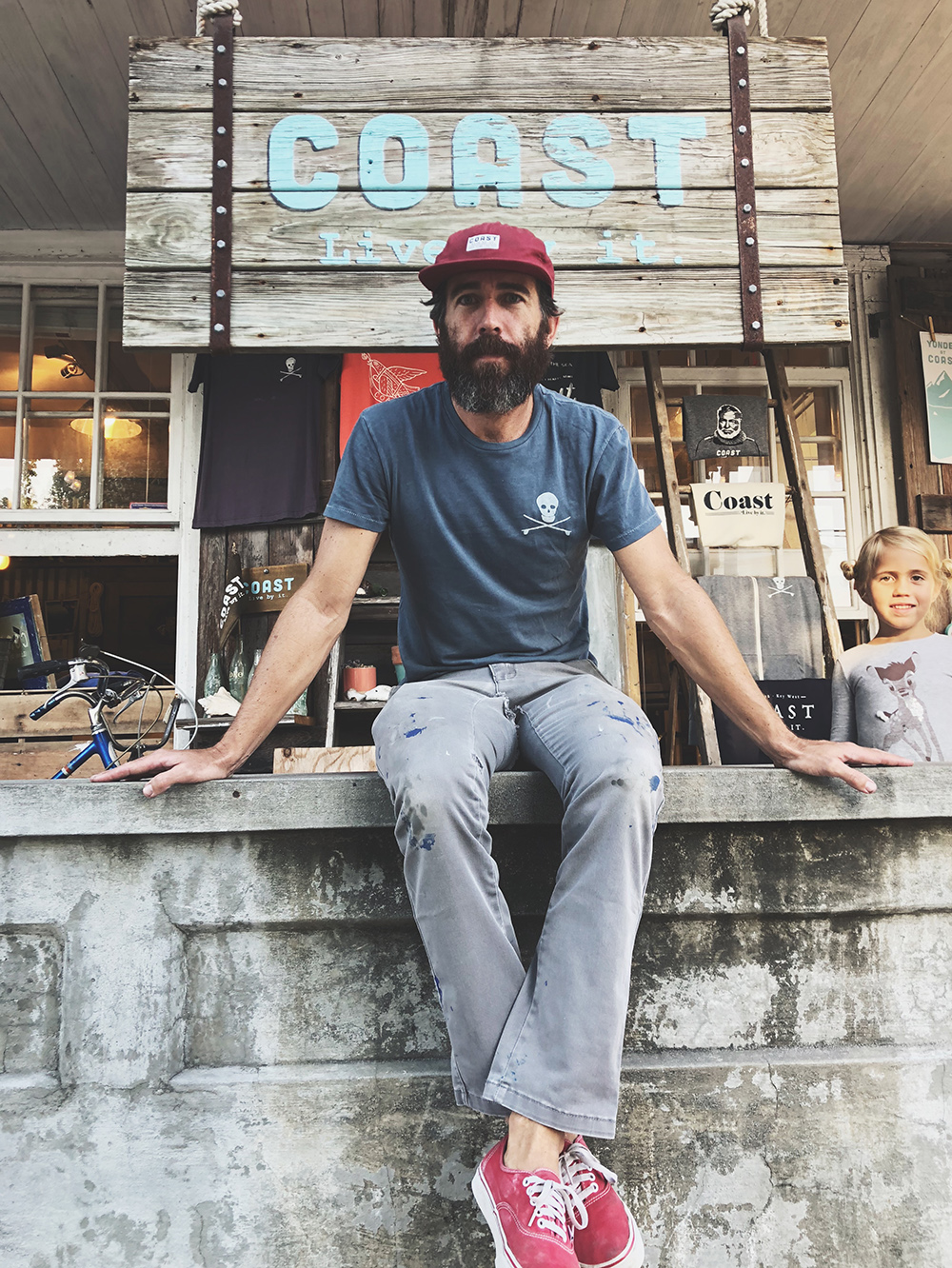 It’s just past midnight and I’m now a 40-year-old man.

If you go by the stats, I’m starting the second half of my life right now.

But I’ve never been one for stats and measurements. I’d rather eyeball cuts and use my guts.

Fifteen years ago, I’d have looked at those life expectancy charts and laughed. Then said “I’ll live to be a hundred” as I drank another beer on the way out for another night on the town.

But seemingly overnight — and most definitely out of nowhere — reality came knocking and through a series of both tragic and also incredibly amazing events, I became aware that life can be fleeting but it’s also something to behold.

In the fall of 2006, a freak infection attacked my heart valves while I was building a boat in the Caribbean. I was saved only by an emergency med flight from St. Croix to Mass General Hospital, a last-minute open heart surgery on Thanksgiving Day, and the love of those surrounding me.

After months of recovery, I headed south back to Key West to pretty much gather my belongings and start a new chapter. I quit the late nights, simplified my life and met a girl on vacation who swept me off my feet. She had planned to stay for a couple of weeks but ended up helping me pack my belongings into a 1986 Jeep Grand Wagoneer and then rode shotgun up the entire East Coast.

We ended up back in my hometown of Boston the day before her Visa ran out, I drove her to the airport on May 23, 2007 and we promised to see each other again.

A month later, she was back and less than a year after we met, we had a little boy name Kristian and lived in a tiny apartment in Copenhagen.

But just as soon as life comes out of nowhere, so too can it be taken.

In the fall of 2008 I boarded another last-minute flight to Boston with the news that my sister was badly injured in a bicycle accident. She died a few days later in the same hospital that was able to keep me alive a year and a half earlier.

Life is a rollercoaster.

And to be honest, the original concept for the COAST brand was for it to be two complimentary brands — one called “Roll” and the other called “Coast”, each highlighting the strange way in which life works. Sometimes we’re on a roll and other times we can sit back and coast. But when you put it together, life is just a wild ride filled with ups and downs, waiting periods and unexpected turns, times you think you’re going to fall off the tracks and others when you can’t possibly feel any better.

Then in the end, all you can hope for is a soft landing and bunch of smiles as you look back on your time here on Earth.

All of this said, over the last few years, I’ve had periods where I’ve struggled to hold on because I was reckless and selfish. Those who are — or were — closest to me know the details.

And because of this, my 39th year was the hardest so far — and I’m the only one responsible for that.

So for my birthday today, I’m giving myself the gift of a fresh start.

Even if others might not be able to forgive me, I have to find a way to make amends with myself.

So tonight I’ll head to the beach with my two kids — the only two humans who haven’t judged me through all of this and who still think I’m as great as I used to think I was.

We’ll swim in the ocean near the tip of Fort Zach like we used to and then I’ll bring them to Soundcheck at The Green Parrot for some good music and a beer.

If you’re reading this, feel free to join. I know it’s last minute, but hey, that’s where I’ve gotten all my best work done to date.

I thought about having it be my last beer — that “one more Modelo” I always laugh about at the end of the day – but I don’t know if that’s realistic and I don’t want to make promises I can’t keep anymore.

I can promise that as I move into this new chapter of my life, I’ll try my best to be a better person, to use more restraint, and to think about others more than I think about myself. I’m certain that if I can hold myself to that, then I might be lucky enough to get to live and enjoy an average, 80 year-old life span.

Getting over the hump is the hardest part. It’s all downhill from here.

Thanks to everyone — family, old friends and new — who have sat next to me for a least a part of the ride…