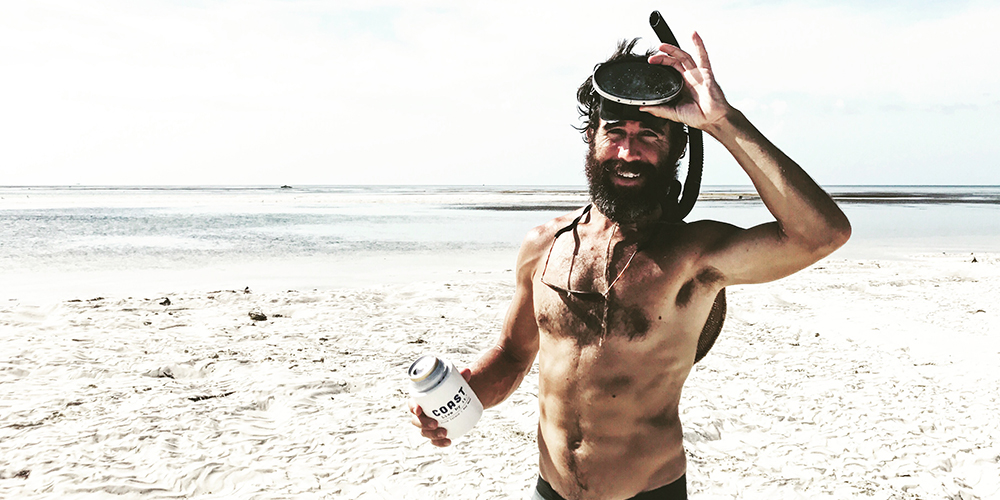 Here at our little emporium on Whitehead Street in Bahama Village, we at COAST enjoy contributing to the well-being of our island community. We consider it a labor of love as much as our civic duty.

Such contributions may be offered in any form that assists in the negotiation of daily routine here in paradise.

So when word came down that a considerable chunk of ice had separated from the continent of Antarctica and currently is backstroking its way toward the Atlantic — perhaps even the Gulf Stream — our antennae went up.

At 2,200 sq. mi., the frosty flow is about the size of Delaware, contains roughly the same volume of water as Lake Erie (my favorite Great Lake) and has a 700 ft draft. So the likelihood of it sneaking-up unnoticed is considered slim, although it IS said to be a relatively quiet iceberg. At least, compared to those inhabited by polka bands.

Fortified with the mandatory mariners’ meal of Harpoon Harry’s acclaimed bloody Marys and bacon, and armed with a 22 ft. Panga named Music as well as a crew of seven stouthearted souls with a taste for adventure, Kearins & Co. set sail on iceberg reconnaissance in The Gulf.

Scouring the reef and scattered isles far offshore, Capt. Kearins now is pleased to issue an “all-clear” in regard to incoming icebergs.

Always the multi-tasker, however, Bill decided to take advantage of azure sky and sparkling sea to check the status of outlying keys, including Boca Grande, Western Dry Rocks and Woman Key.

“We jammed some solid tunes,” says Bill, “mostly The Dead and mid-seventies Buffett. Opened a few Modelos. And were treated to a perfect sunset re-entering Key West Harbor. The sharks out there didn’t bother us at all. At least, not those of us who survived.”

In retrospect, says Bill, we all are better people because of that day. Perhaps safer, too.

Nevertheless, local mariners still are urged to keep a weather eye on the horizon, and give an extra wide berth to anything afloat that resembles Delaware. Or even Rhode Island.