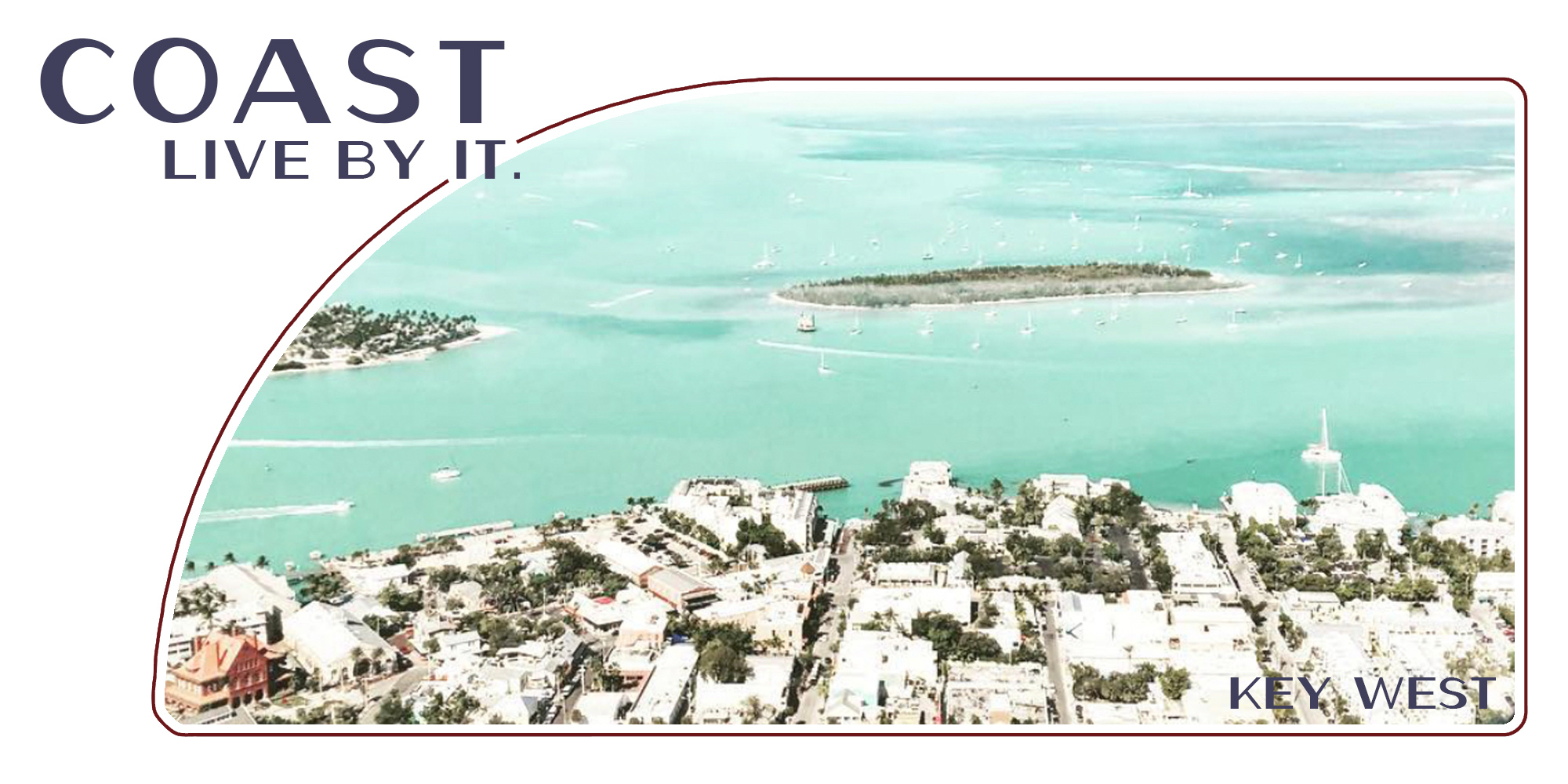 By this time next week — due to mail-in ballot counting and state contests that are too close to call — we may not know exactly who will be the next leader of the free world. But here in Key West, we’ll likely know the outcome of the contentious local cruise ship referendum.

Really quickly — especially for the non-local folks out there — three questions have been posed to voters on the island which essentially ask citizens whether or not they want to continue to allow larger cruise ships into port. The idea was conceived and eventually formalized into ballot questions during the COVID lockdown this spring/summer after roughly 2500 locals signed a petition in support of limiting the amount of ships allowed to bring passengers into one of three cruise ship docks in the harbor. This side of the debate would ultimately become the “yes” vote — though considering there are three questions, it is, more specifically, the “yes, yes, yes” vote.

At the heart of the debate, and the big concern from the opposing side — the “no” vote — is how this will (negatively) affect local businesses, especially those in close proximity to the cruise ship terminal, and also where this loss of revenue (from cruise ship disembarking fees and taxes) will come from if the ships are no longer allowed into port.

As a small business owner with a retail shop not far from the harbor and located less than one block away from perhaps the biggest tourist attraction on the island, especially for cruise ship passengers — Hemingway House — I have certainly been affected by the absence of the ship traffic. So much so, in fact, that since the coronavirus shut down in March, COAST has not been open with any degree of regularity because it has simply not been worth it. We tried early on, but eventually shifted focus to running our summer camp program for local children while simultaneously putting more effort into online sales and creative collaboration projects as a way to pivot during these challenging times.

And even though this has all been an eye-opening struggle, at the end of the day, whether it makes the greatest business sense or not, I am a “yes” man.

I say this confidently while also acknowledging that I fully — and firsthand — understand the other side of the debate. I have friends, customers, and colleagues at either end of the spectrum and I’ve done my research in both directions.

It’s probably also worth mentioning upfront that the “yes” side is largely the brainchild of a small group of local friends who not only live and work in town, but who have also grown up on the island since the 70s. They have, therefore, witnessed the island change over the last four decades.

On the other side (the “no” vote) there is also a large, local contingent — most notably business owners and folks intimately involved with the cruise ship industry, like downtown bars and restaurants, shore excursion operators (i.e. trolley and snorkel tours) and the harbor pilots association. But behind that veil of local support, there is big money coming from the cruise ship industry itself — and if you read the fine print at the bottom of their (sometimes comical) advertising efforts, you’ll see that money and influence is coming from the mainland straight down US1 all the way to Mile Zero.

If you want to put this simply, it’s a local grassroots movement, versus big corporate money. Of course it’s not that cut-and-dry, but it’s not too far of a stretch either.

All things considered, I’ll be the first to admit that at the outset, when the “Safer, Cleaner Ships” committee popped up in their makeshift outpost on Caroline Street in what could probably be considered the “romantic” era of the lockdown — when it was new territory and there weren’t a lot of worries and the tourists weren’t allowed here and we had the island to ourselves — I wasn’t thinking too much about the overall impact of eliminating large cruise ships from Key West. I was just enjoying the slow pace of the island without them — and considering they were, at the time, breeding and spreading grounds for this new virus, it was all the more reason to agree with the movement. So I signed the petition without too much thought.

But come June and the return of tourists, it became abundantly clear that without the ships, business would be slower. So I thought some more about the easy decision I had made a couple of months earlier. And a lot of my thinking ended up being focused on 1.) who we, at COAST, saw as our core customers and 2.) could we survive without the steady stream of foot traffic that the ships had brought to our doorstep since we moved to Old Town in 2017.

And at the end of the day, my contention was that cruise ship passengers are not our core customer, and we could probably survive without them — even if that would ultimately mean the business ends up looking a lot different than it once had.

At COAST, we are fortunate and thankful to have an amazingly loyal following of local supporters combined with folks who regularly visit the island, as well as thousands of people who have simply stumbled upon us through our social media efforts. Not everyone in town, however, can say this about their network of customers. Some businesses are built largely upon relationships they’ve forged for years or decades with the big boats that docked here on a daily basis — so, again, I understand their arguments.

All of my long winded backstory and introduction aside, and more importantly for me, when I really look at the big picture, this referendum has absolutely nothing to do with the almighty bottom line that seems to be the main concern on the side of the “no” vote.

It should be known that Key West has been a tourist destination for a lot longer than it has been a cruise ship port of call. In fact, the Key West that most people think of when they are daydreaming of palm trees and margaritas in the midst of a midwestern snowstorm in January probably doesn’t include cruise ships obstructing their view of the harbor or hoards of people being cattle prodded (through strategic advertising partnerships with the cruise lines) into a three block radius of downtown to slug down two-for-one piña coladas and buy $5 t-shirts before shuffling back to their floating hotel just in time to make passage to St. Somewhere Else.

No, if I were to guess, they’d be pondering something slightly more idyllic — a place where the pace is distinctly slower than the rat race up north, where the cozy side streets offer more to see than the main drag’s debauchery, and where real locals saddle up on the stool next to them to offer stories of how they made their great escape to the end of the road.

That’s the Key West we can return to — the one they used to write songs and books and movies about.

And beyond that hazy daydream of the good life, there’s actually a crystal clear truth that’s unfolding in front of us, amidst the void of cruise ships. Some might call it an ancillary benefit, but if we’re looking at the really big picture, it’s probably the most important and irrefutable argument for the “yes” vote.

“Yes” I’m talking about the environment. That little thing we tend to forget about when we’re racing to the bank to stash the next dollar. Well, she’s been speaking up lately, too. Rising tides and flooding greet us here in Key West with increasing regularity — and this storm season, throughout the Caribbean and Gulf she’s literally blown through the entire alphabet with named storms now numbering more than two dozen and still one full month left before the coast is officially clear. That’s called climate change — and it’s real.

But it’s not all bad — in fact, there’s actually reason to be optimistic.

After six plus months without ships in port, any local will tell you — with certainty — that the water quality and clarity both inshore and off is markedly better. Fishermen are enjoying a more diverse and sizable catch, dive boats have witnessed increased visibility and more abundant marine life, and even marinas have noticed vastly clearer water and the return of species not seen in years so close to the docks.

These are things in front of us right now. Things that have happened — for the better — in seven short months.

Now you, as a local, just take a moment to daydream about your own island home — much the way the guy from the midwest thought about his own dream vacation in the sun. Think about what might happen if we give our home a longer breath of fresh air, some more time to rest and recover, and then the chance to move in a new direction. A direction that prioritizes thoughtfulness over haste, quality over quantity, and the Earth over the bank.

Key West will rebound, hotels will fill up again, restaurants will have waitlists, and maybe our little shop on the edge of Bahama Village will get back to regular opening hours. But it doesn’t have to happen overnight — and it doesn’t have to be exactly the way it once was.

After the events that have unfolded over the last half year, the entire world, in fact, will never be what it once was. So rather than living in the past and fighting to get back to the status quo, I challenge everyone to take a hard look at the choices we have in front of us and to maybe make a tough decision to move in the direction of progress as we navigate the turbulent waters surrounding us.

But no matter what you think or decide, at the end of the day please make your voice heard by getting out there to vote.

Finally, thanks for taking the time to read my rambling manifesto and for considering my forthright opinion even if it doesn’t jibe with your own — we certainly need more of that these days.