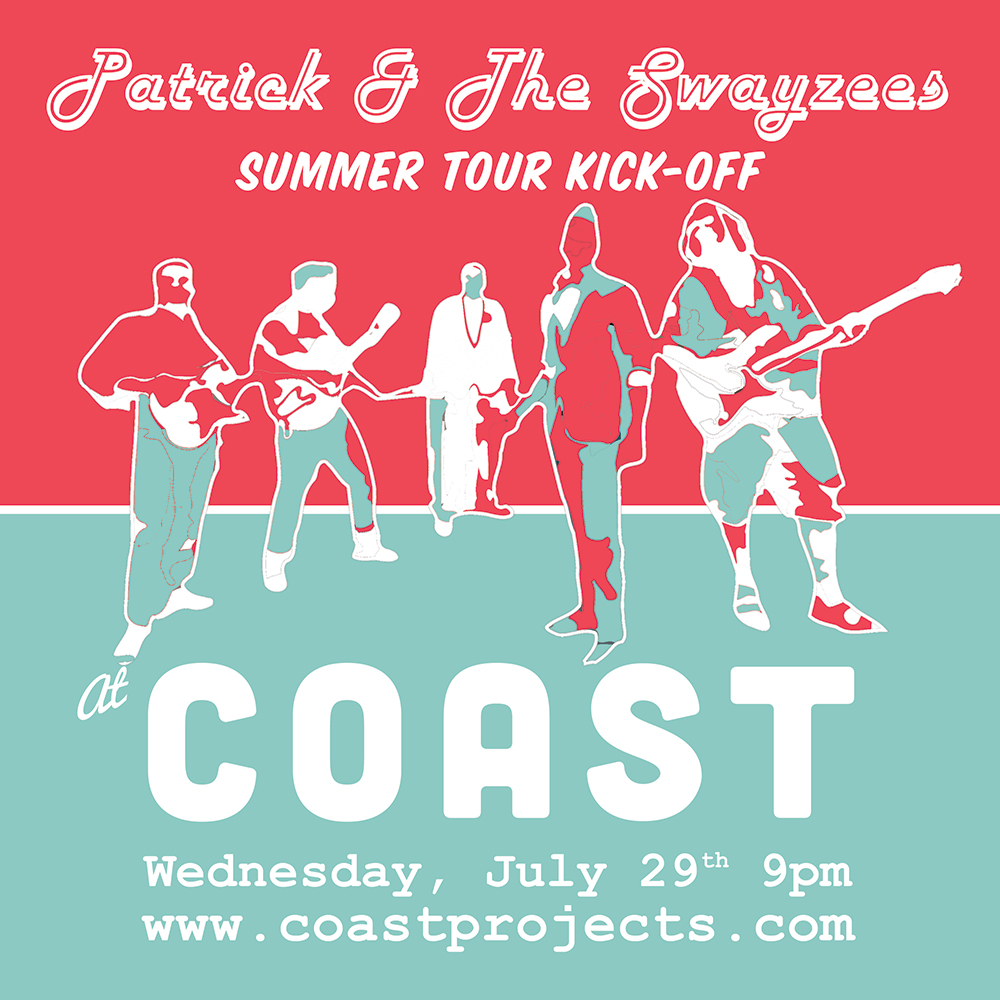 A mere three months into their existence, our house band, Patrick & The Swayzees, have decided to take the next big step toward…

Yes, they’re hitting the road for a tour of Florida and have bookings at a bunch of classic Florida venues along the coast.

Since this was a last minute tour and because of the timing they still have a handful of days open for bookings. They’ll be heading as far north as New Smyrna Beach and as far west as Tampa, so if you know of any great spots in between or south of those locations, let us know—or better yet, let your friends that own or work at those places know!

For now, they are excited to announce the following line up starting this Wednesday at COAST, which is fitting since it’s where they first jammed back in April…