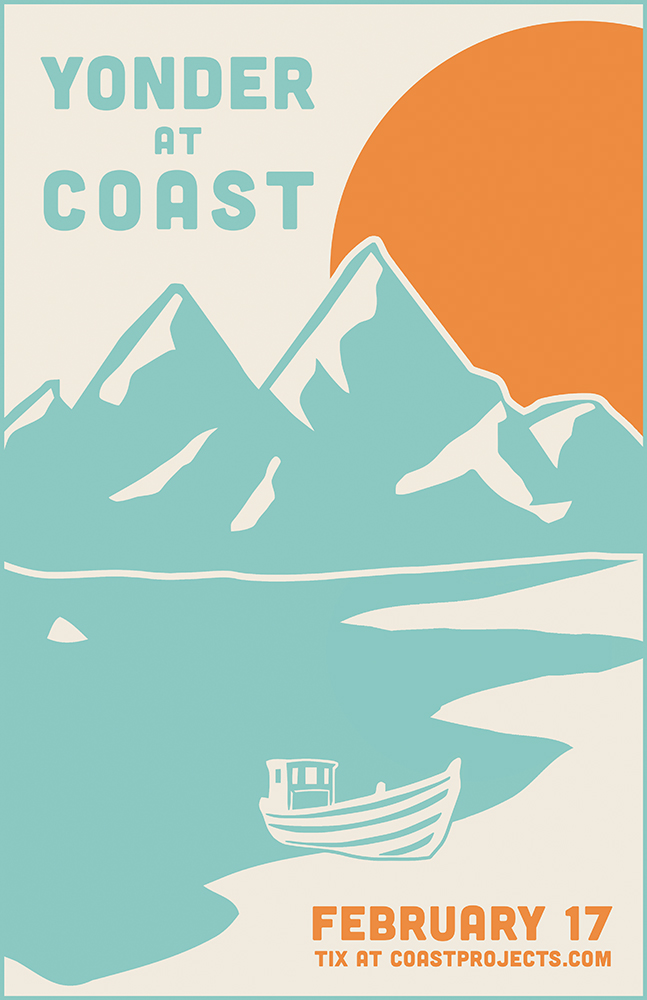 Yonder Mountain Heads Back To The Boatyard
Sunday, Feb 17, 2019

Yonder Mountain String Band, the internationally acclaimed Colorado-based bluegrass jam band, rolled into town last year to play what their diehard fans recounted as the smallest venue they’ve seen them play since their early days in the late 1990s. And now they’re headed back down the mountain to COAST on Stock Island, again, for one night only on February 17.

Says COAST founder Billy Kearins, “I honestly never know what to expect when these big bands pull up to our funky little boatyard on Stock Island on a huge tour bus — especially when they are coming off of playing big, professional theaters in major cities all around the country. I get the sense that there’s this moment when everyone looks to the manager as if to say ‘what on Earth did you sign us up for.’” Adding, “But usually they quickly realize they are in Key West, the weather is perfect and the vibes are good — and by the end of the night they don’t want to get off stage. But the best reward is when they ask if they can come down to play again.”

Last year Yonder Mountain’s first ever show in Key West was an audience hit as the band has a huge local following as well as a traveling fan base who always look to see them in new and different spots around the country.

The February show at COAST is part of the band’s extensive winter tour route and tickets are sure to sell out quickly. Last year’s show sold out in mere days.

Tickets go on sale Friday, November 9 at 12pm and can be purchased fee-free at the COAST retail shop at 803 Whitehead Street or online through their website www.coastprojects.com