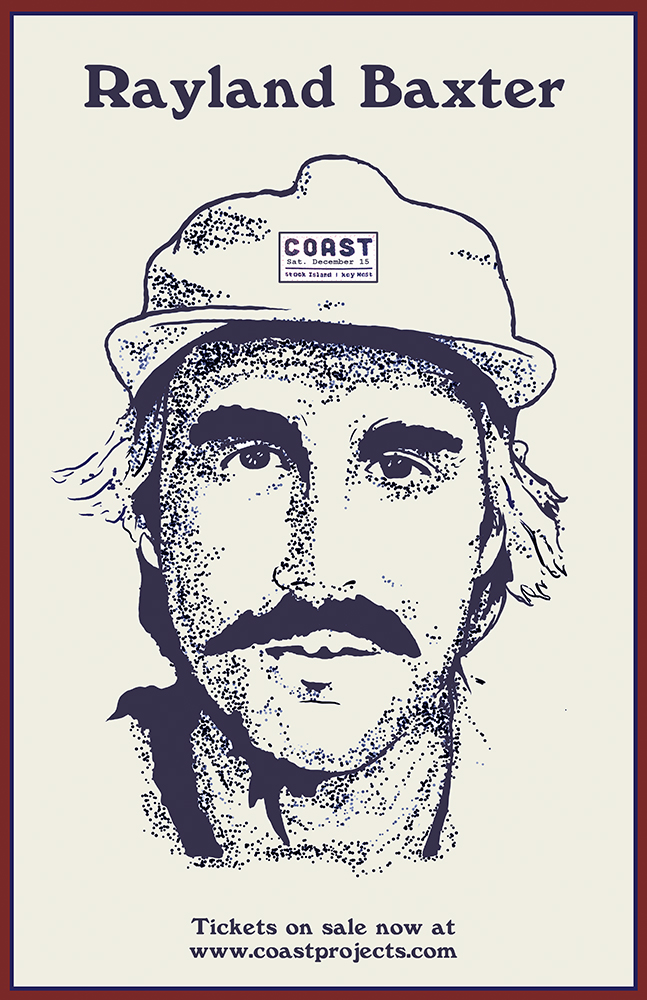 This Saturday, December 15th — six years to the day after we officially took over a ragged boatyard on the wrong side of the tracks in Stock Island, with absolutely no plan and a sack full of dreams — we’ll host our final, farewell concert at the space. Fittingly it will be with Nashville songwriter Rayland Baxter, a fellow weirdo who became a good friend of mine a few years back because of that very space.

Two weeks after Saturday’s show, we’ll be a displaced band of artists and adventurers.

The place our crew has called home for the better part of the last decade, 6404 Front Street, and the spot where we worked to make that bag full of dreams come true will no longer be ours.

We were unable to come to an agreement for a long term lease at the current space and this month was the deadline. And while the timing seems particularly challenging, I’m not sure there would have ever been a great time to leave that space. Truth is, sometimes we hang onto things because they are comfortable, not because they are necessarily doing us any favors.

For the first four years, our space on Stock Island was dynamic and inspiring. We built radical creations, we repurposed anything we could get our hands on, we pioneered ticketed live music shows in Key West when we hosted Mason Jennings in November 2014 and then G. Love and Special Sauce six months later, and we had a crew of dedicated vagabonds who were always around to clean up and clear out and to tinker or talk over a beer at the end of a 12-hour day in the sun.

And while that idea seems dreamy, truth is, something needed to pay for it all. Our concerts break even — at best — and renting artist studios is one of the more unreliable business models out there. So two years ago, when we had the opportunity to set up The COAST Outpost in Old Town with the goal of pushing the retail end of our brand, the timing just seemed right.

But ultimately the work it’s taken to launch the retail store has come at the expense of the the trusty space that started it all. And that’s not necessarily a bad thing. Our blue-and-orange-striped tin shed on Front Street is old and needs constant attention, in the summer it’s unbearably hot as we have no AC and no shade, and because it’s so far off the beaten path, it became increasingly difficult to get folks out there — even for the best of events.

Add to that the fact that Key West now has a number of well-funded concert venues conveniently located in Old Town who have done a great job attracting amazing talent on a consistent basis and it started to become clear that maybe we didn’t really need the spot on Stock Island as much as I would have liked to think.

All of this said, rather than looking back, I think it’s a good “time to move on” — or so says the song.

So, let’s celebrate “the last waltz” on Front Street this Saturday — have one final evening there to remember amongst good friends and great tunes at a space that might well be the last of its kind down here at the end of the road.

And while I’d like to just say “gates are open, bring all your friends; this one’s on us”, we’ve already sold loads of tickets to people from around the country — and we have moving expenses to think about!

So please buy a ticket, spread the good word, gather your best crew together, bring your guitars, and make it one night that we won’t soon forget.

And just so everyone is aware, this is simply a transitional period for COAST. We’ll still be holding down the fort at The Outpost on Whitehead Street, the Yonder Mountain String Band show is being moved to San Carlos Theater (same date) and we are already having success in finding a new location for the studios. If my gut tells me anything, it’s that we’ll have something even better “right around the corner”.

In closing, I want to thank everyone who has sang and danced the night away at a show under the stars, built a board or a boat in the blazing sun, sent their kid to camp, came by for a shirt in the early days or simply told folks about our weird little space on the edge of town. We wouldn’t still be around six years later if it weren’t for you.

And finally, as most people in Key West know, sometimes the end is really just the beginning, so stay tuned…