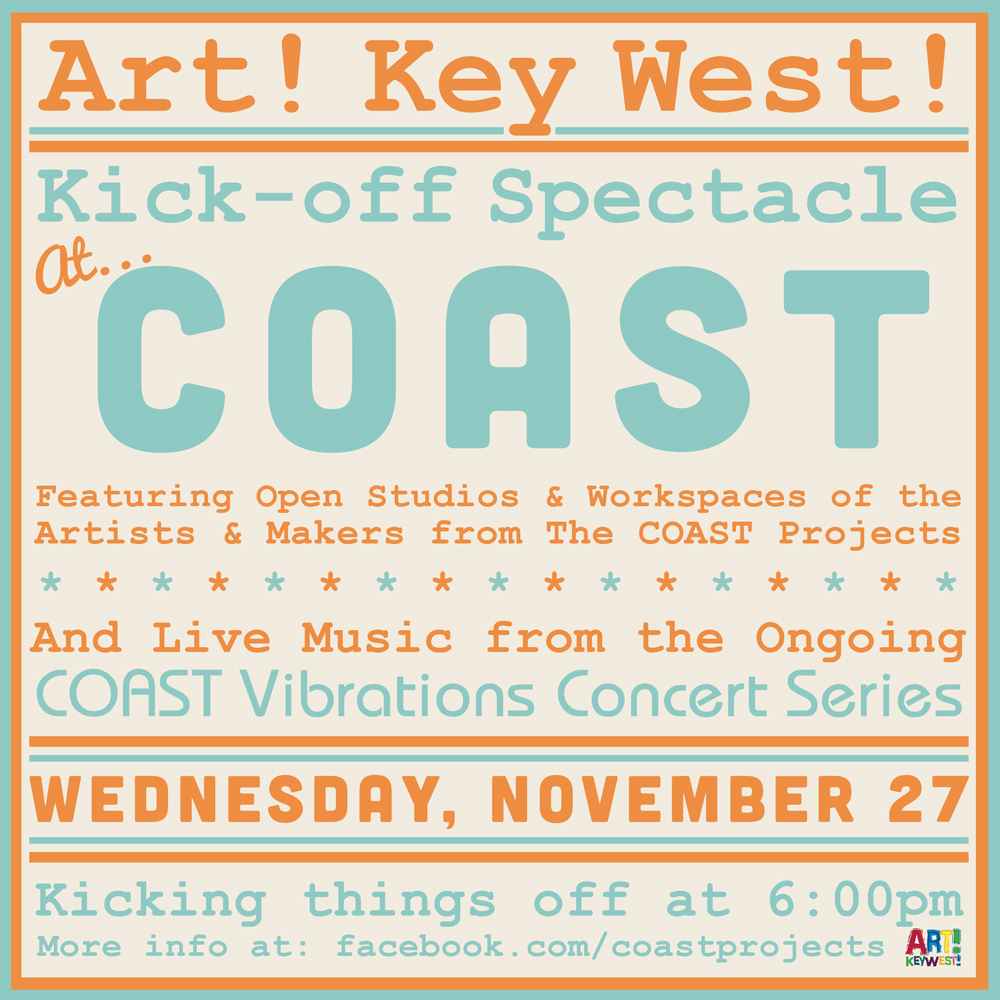 COAST is the only Stock Island venue to be an official part of the AKW! festival which picks up again on Friday the 29th and runs throughout the Thanksgiving holiday weekend in Old Town.